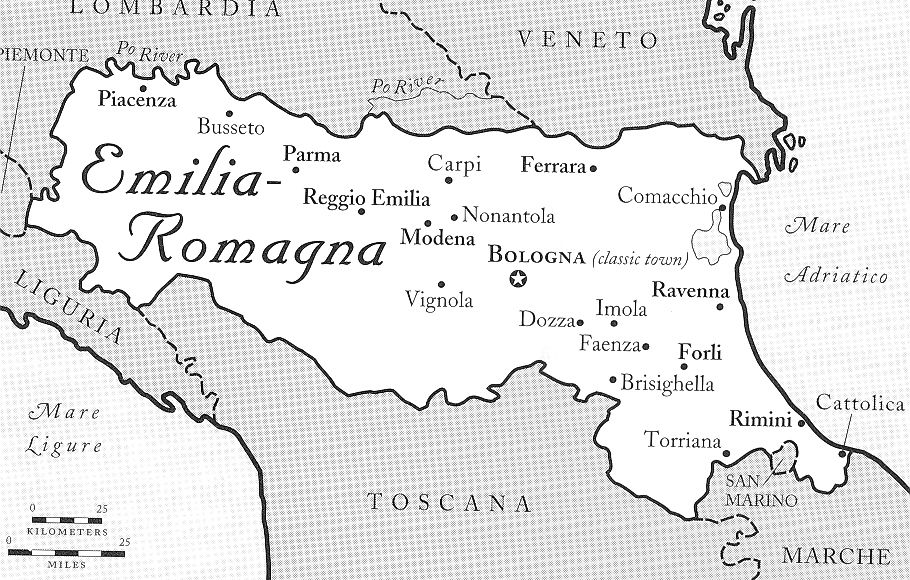 When you are born in a land of myths and legends, the only effort you have to make is to be able to observe, listen and understand that the wealth you will find here, you will hardly find it in other lands.

Inspiration is not a simple thing, because one must have a significant mental and sentimental openness to recognize beauty and be able to explain it to the world.

A prominent element that characterizes the Emilia Romagna region is the pride that sweeps away the idea, even remotely, of envy for the talent of our fellow countrymen; indeed, the sense of silent pride we have, is among the highest forms of respect and gratitude, to the land that is home and which gives everything necessary to be successful.

Here there is a beautiful aspect in lifestyle both in small and large towns: life is divided between sacred and profane.

The first characteristic is given by to the history of the Christian influence that this land has, while the second is a distant legacy of the French and has entered strongly in our DNA.

A clarification is a must, here sacred and profane coexist because without one the other cannot exist and I believe that the Emilia-Romagna people know how to manage the compromise with extreme capacity.

I have no pretense that my words have a clear meaning for everyone, there are things that are explained with difficulty and that perhaps explain is useless; My intent is to humbly try to explain how much wealth there is in Emilia Romagna from its products to its lifestyle and why it’s worth discovering it.

Let’s start from the hands: from the dirty ones of a farmer who patiently cultivates a land that produces products among the most precious and known in the world, those who wrote poetry, stories and songs enriching the literary landscape with events of the humble countryside life and small colored villages of an almost enlightened fantasy, there are hands that have directed orchestras for the first time in New York and with the same punished musicians to achieve perfection, there are the hands of artisans who work such materials as ceramics sublime, finally there are hands that have contributed to the art world with their naive and eclectic visions.

Let’s move on to the voices: we boast voices that have been heard by the whole world and as much as they have vibrated their vocal cords in the same way they have made the heart vibrate and come the goose bumps. A recurring aspect in this region is the genuineness with which we grow, we are immediately explained how important the game and the freedom to dream, that without friendship you can never have a quality life and that a woman can never make it unless, or maybe not; all this goes through songs as one of the most recognized arts of the entire peninsula.

Finally the minds: in Emilia-Romagna we can list numerous companies that have significantly influenced the entire industrial sector, both in Italy and in the world, maybe it is no coincidence that at certain levels we still scare hypothetical competitors and in history the pioneering aspect in many sectors will remain unquestioned; of minds it is obligatory to talk about it also at the academic level, because here the first university was born and this underlines how much desire to know and to hand down has always been there.

Dreaming is a practice that grows tending to lose, but here instead it seems that dreaming is a constant that led to create, for example, objects recognizable only by the noise of their engines.

As already mentioned, I do not pretend to be understood, but I have the humble intention to convey the vision I have of the best land I know and why one should visit it at least once in life.