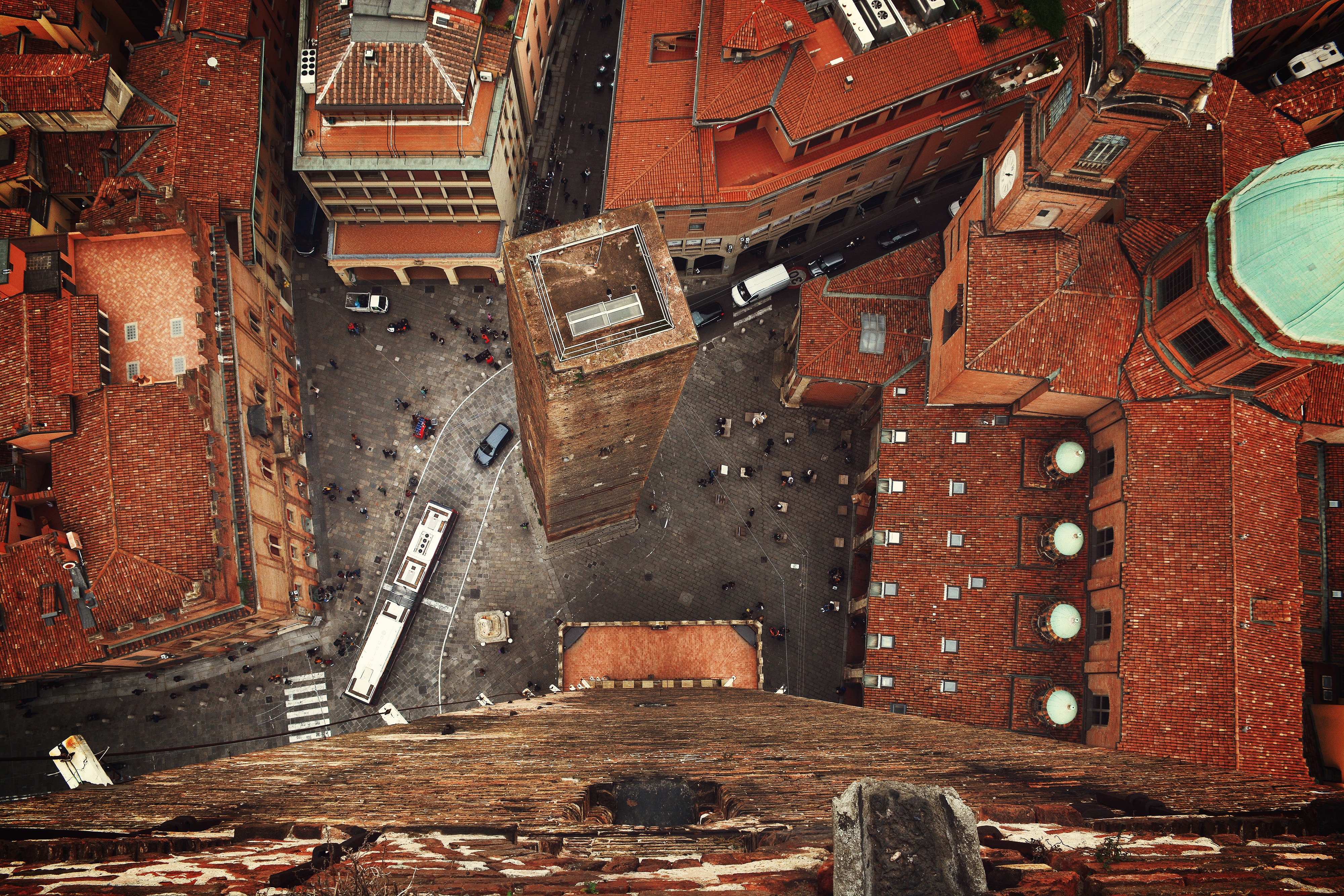 I try to give the right tribute with the words and I hope to be forgiven where the writing does not arrive, but certain things must be seen, breathed and lived.
The first thing you will notice is that in Bologna there are a lot of people, with so many nuances of skin and tongue, so you will hear chaotic and market noises;
Then come the smells that mix between the most contrasting, those of a city always on the move and those of the ovens with their hot bread and freshly cut Mortadella;
For the view you will have to bend your neck up and lose your gaze among km of columns and arches that compose the long portici, even higher you will see towers and statues that dominate the city for some years and have seen a lot more people than us ;
As for hearing, there is a particular tradition that only here you will meet and that makes Bologna La ‘Dotta’; Freedom of thought is exercised here, and for those who are not familiar with this concept, it means that you could see ordinary people in the famous Piazza Maggiore climb onto a small stool and talk surrounded by people who will listen to it civilly until they rest their feet on the square again. ;
In Bologna you are not only hungry for food, even though here there is one of the best cuisines in the world, but you are hungry for culture and knowledge, the first University, still frequented by students, even foreigners, who fill places like Piazza Verdi simply on the ground with beer, cigarettes, guitar and some discussion ready to unleash people;
Like every Italian city, even Bologna has its churches, but since she likes to exaggerate, she has seven in one located in Piazza Santo Stefano.
This city can be explored from many points of view and geographical points: look at it from the hill of San Luca, with the longest portico in the world, or from the river those who pass under it and that, if skilled, you can find coming out from the streets, but certainly the view that deserves the most is that from the Torre degli Asinelli that allows you to see the design of the city and detach from its chaos, discussions and even the smell of Mortadella.
There is a very beautiful and powerful concept here: Freedom. You can understand it from the diversity of nightclubs and socially engaged places that leave the maximum recognition to free expression.
So very freely get lost in the streets of Bologna and get ready for an all-round and unique experience.